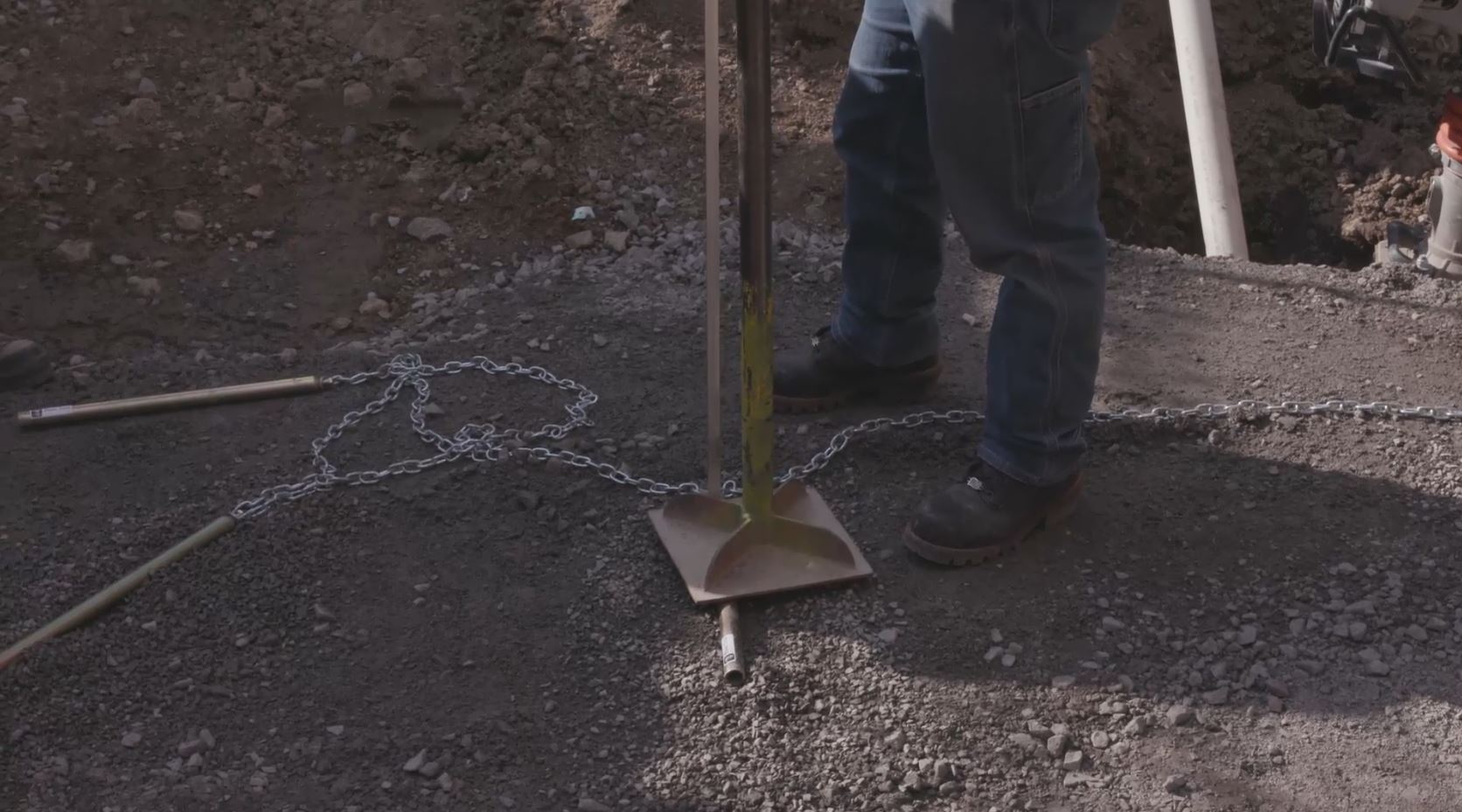 How to Build a Geogrid Stabilized Retaining Wall - Part 2

In part 1, we reviewed site conditions and how to reinforce a base.. Now, Paver Pete discusses with Phil Bahler from Pave Tool Innovators how to set a base course efficiently in order to build a 8.5 feet tall G-Force retaining wall.

Usually, most workers are on their hands and knees, installing blocks, tapping on them with a hammer and checking if it is leveled.

If it’s too low, they remove the block, add material and put it back in. They tap it with a hammer again.

The whole process puts a lot of tension on their arm, elbow, wrist, shoulder.

Simple tools exist to make this job easier by speeding up production and diminishing the risk of injuries.

For this project, we used two sets of the Quick-E-Wall Screed system from Pave Tool Innovators at the same time. It allowed us to put the bedding in and set the base course for both walls, increasing production even more. 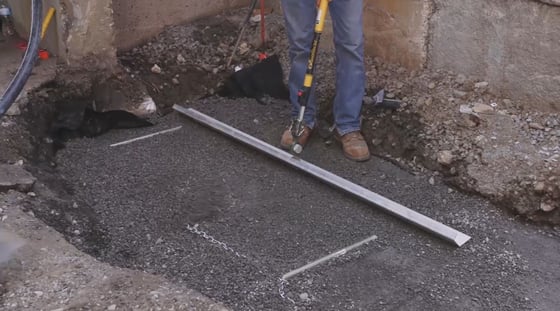 In order to set the base course, we used a laser rod combined with the wall screed system.

Here’s how the tools were used:

Turn on the laser. We placed it on the pool deck area.

Set the benchmark with the laser rod.

The laser rod has a sensor on both ends. It permits to set any point on the jobsite at an elevation of zero, which is called the benchmark.

Place the laser rod on one of the pipes and tap on it with a tamper to set the base. Make sure both the front and the back of the pipe are set.

We know we reached the right measurement when the beep gets constant. 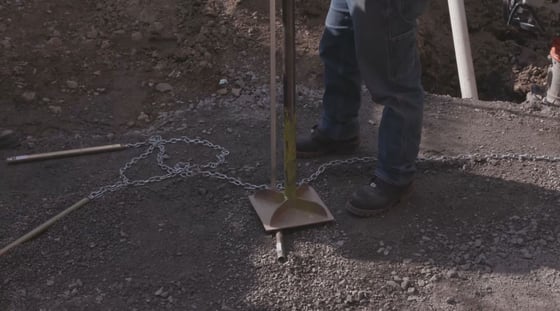 Once a pipe is set, secure it with #9 stone so it doesn’t move.

Repeat the same process for all the pipes.

Both walls will be built simultaneously in a 90° angle since we need to make room for the steps. It’s recommended to set the pipe for the return wall at a 45° angle to be able to screed properly and use a minimum of pipes.

BUILDING A WALL THAT NEEDS REINFORCEMENT, BUT CAN'T FIND WHAT YOU NEED IN THE TECHO-SPEC GUIDE?