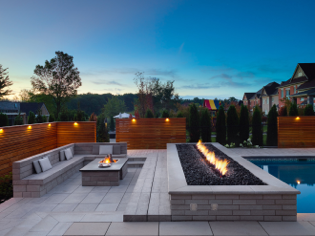 If we were to participate in a popularity contest, we wouldn’t want to be up against Larry and Angelica. Charismatic, hilarious and just plain fun, it’s no surprise they built the type of backyard that says: “Come on over this weekend, we’re having a party!” without the need for a formal invitation.

Two years ago, the family of four moved into their “forever” home. Their kids were now full fledge teenagers and the couple was ready to begin enjoying the fruits of the years of hard work that they’d invested in their commercial lighting business. From the moment they moved in, the backyard became an exciting topic of discussion for the family.

Everyone had an opinion. Jenna, their 15-year-old daughter, needed to be able to roast marshmallows on a fire-pit with her friends. Joseph, their 18-year-old, could contemplate nothing other than a pool. Larry, on the other hand, wanted a decked-out (pun intended) outdoor kitchen, outfitted with a keg dispenser and an enclosed man cave/pool house. And Angelica wanted an expansive patio on which she could setup lengthy tables that could accommodate 30 people at a time. All considered, they had one common goal – to create a space that was perfect for hosting guests.

Adding a spark to the fire pit. Larry and Angelica satisfied Jenna’s desire to roast marshmallows by designing a Borealis fire-pit. In using our Borealis wall around the fire, these homeowners were essentially able to create a wood fire-pit that will neither burn nor rot.

From then on, it was all about Joseph’s pool. Given that it would inevitably become a focal point of the yard, it was imperative that the pool to carry out the cozy ambiance of the fire feature. As such, Larry and opted for a Borealis boardwalk that would serve as a bridge between the two parts of the space. 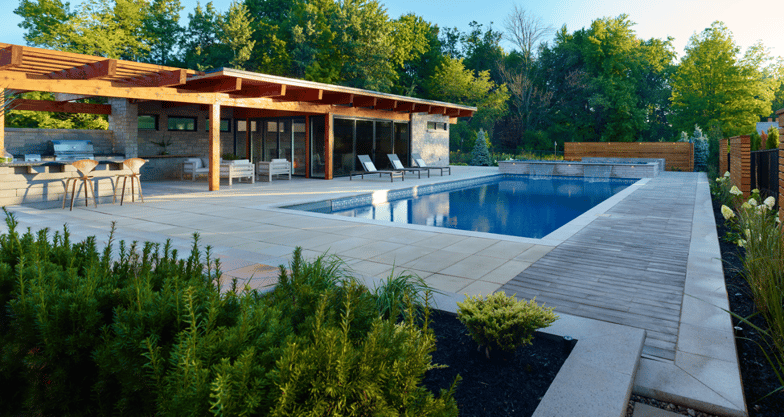 Keg dispenser, Summerset BBQ, Source exterior sound system, ice-tray, outdoor fridge, you name it, Larry added it to his list. With the help of their contracting team, Cedar Springs Landscape Group, Larry went super high-tech. Upon completion, he was left able to control the music and lights throughout his new party room from his smartphone. Leaving him to get up only for his next drink.

Once everyone else was taken care of, the attention turned to Angelica’s hosting space. The goal was to beautify the deck, but also to enlarge it so as to provide the family with enough space to accommodate everyone on their street. The resounding deck being the envy of the and lasting for years to come. Allen and his team went about this by constructing an additional platform beside the existing base, filling the new one with aggregate, and connecting the two; keeping in mind to match their heights perfectly so as to create a sturdy foundation for the Blu 45 overlay.

Want to see this project go from dust to glory? Here’s an overview of the project from start to finish:

Itching to get straight to the project reveal?

To download the Sketch-Up files for this project, press here. 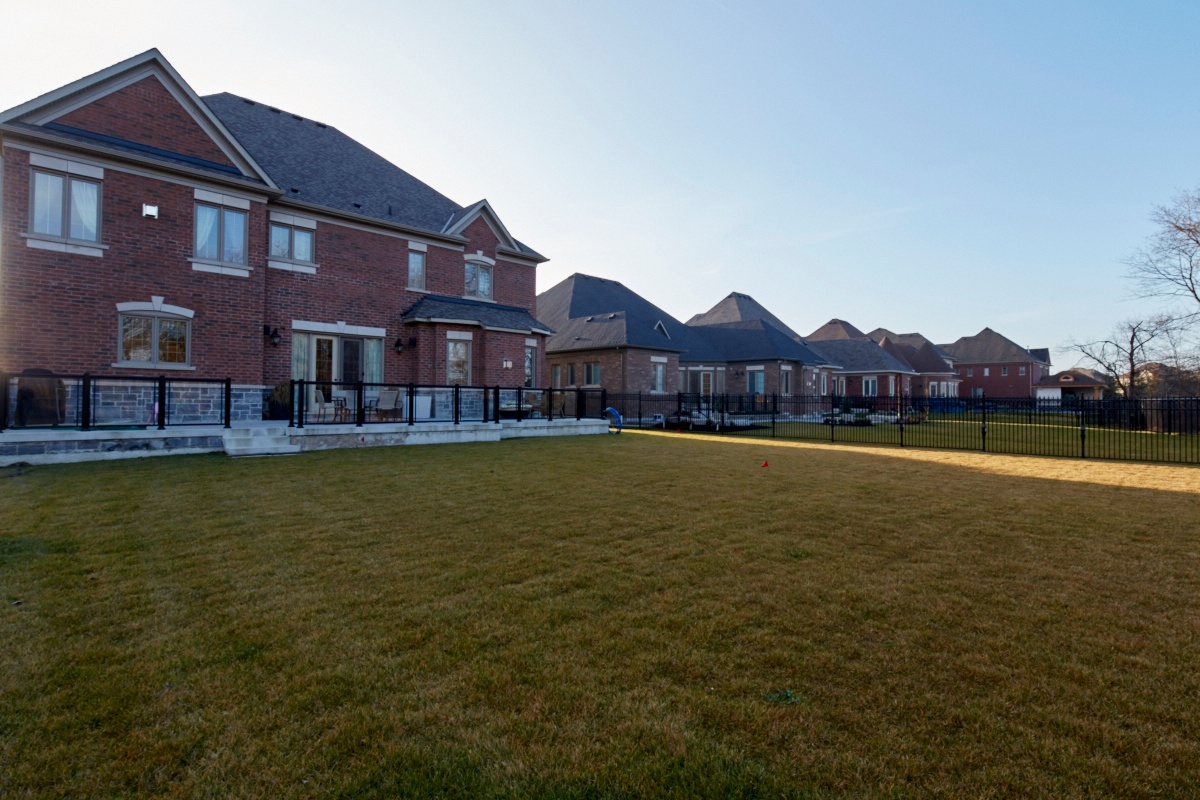 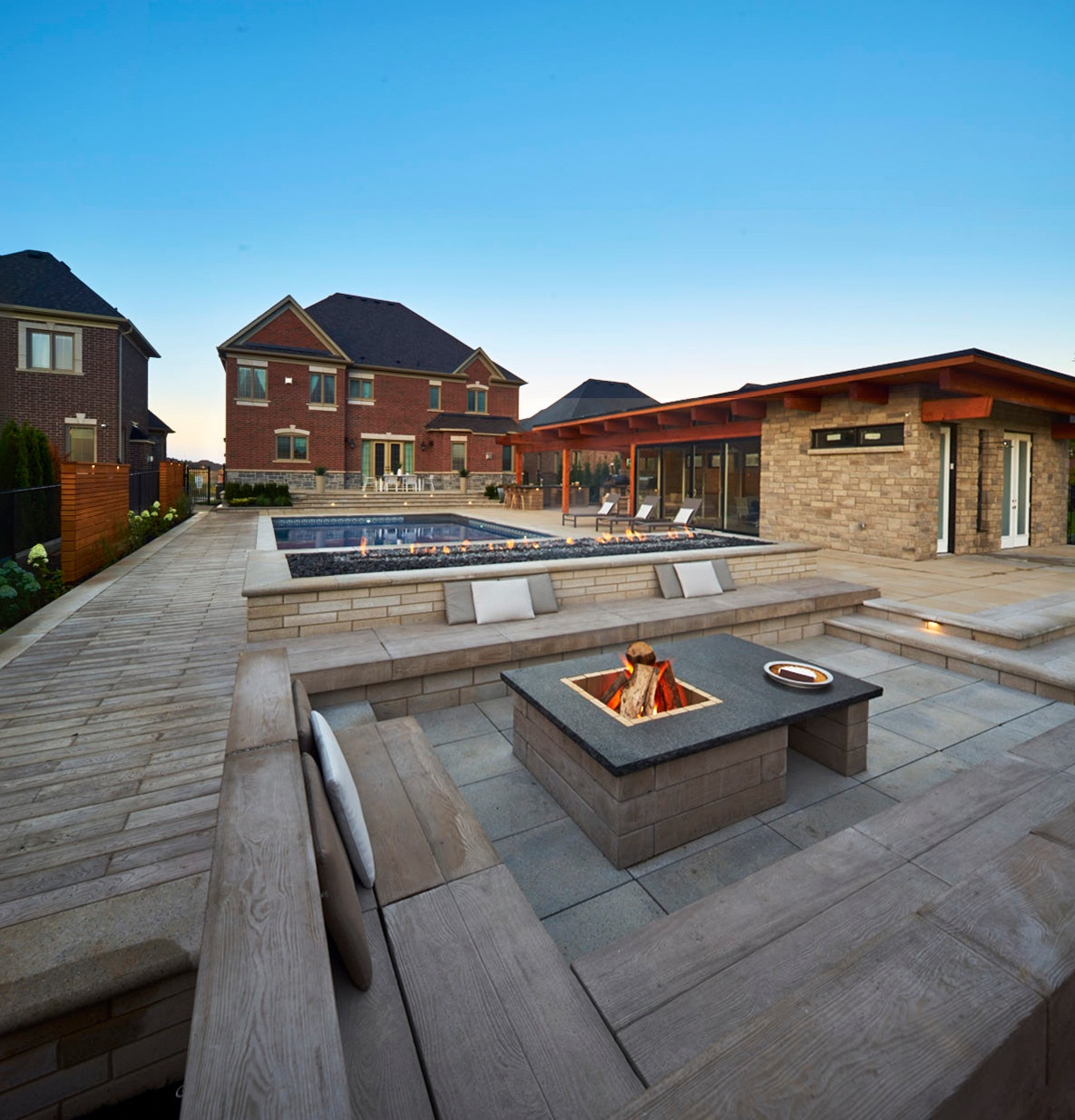